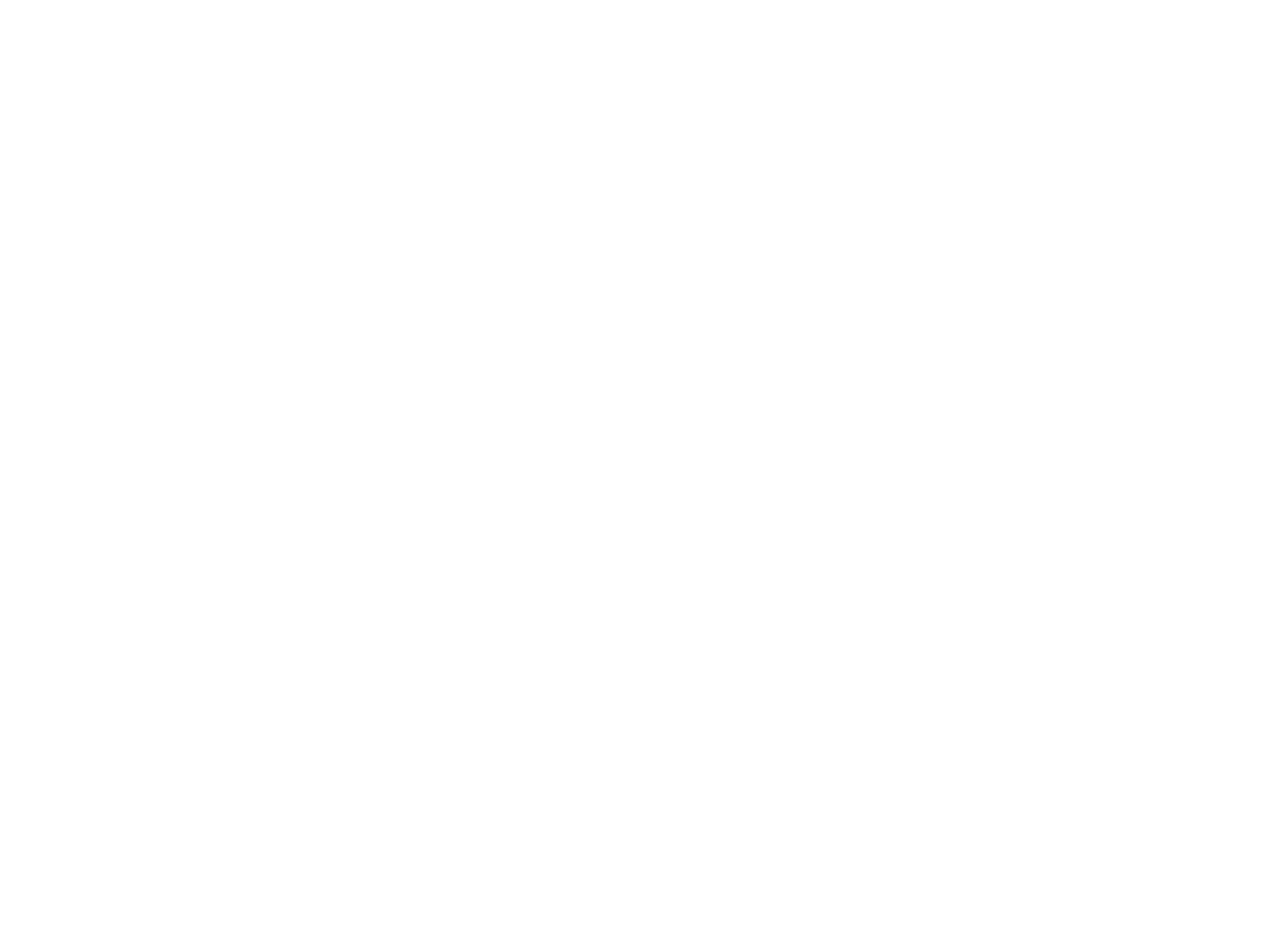 The audiobook app for Independent Booksellers

Libro.fm is the first audiobook company to provide bookstores a way to sell audiobooks. They offer a digital rights managed-free model which means even if a user chooses to end their subscription, all previously purchased books will still belong to them. Users can listen to their audiobook anytime, anywhere, on any device.

The Libro app allows one function—it plays an audiobook. This single function app impeded its membership and business growth. Without being able to browse, purchase, or interact with other users, Libro had little competitive advantage over the other apps on the market. They needed additional functionality to match users’ needs for audiobooks on the go.

I worked on a team of four during our UXUI design capstone project to improve Libro’s app. Our project took place over two months. I was involved in all aspects of the project, including competitive analysis, creative brainstorming, sketching, developing and conducting user studies, synthesizing user responses, and creating the User Interface for Libro's Main Player function. I also planned, designed the slide deck, and delivered our final presentation to the Libro team.

We set out to learn more about user perceptions of audiobooks by conducting a quantitive user survey, followed-up by in-depth user interviews to help us discover user pain points. Because of no project budget, I leveraged my personal network to procured, over 60 unique user responses to our digital survey. These contribute to our team’s total of 88 unique respondents. My teammates conducted 8 in-depth qualitative interviews. Later in the process, I proactively conducted 8 focused interviews on the specific topic of organizing a digital bookshelf. 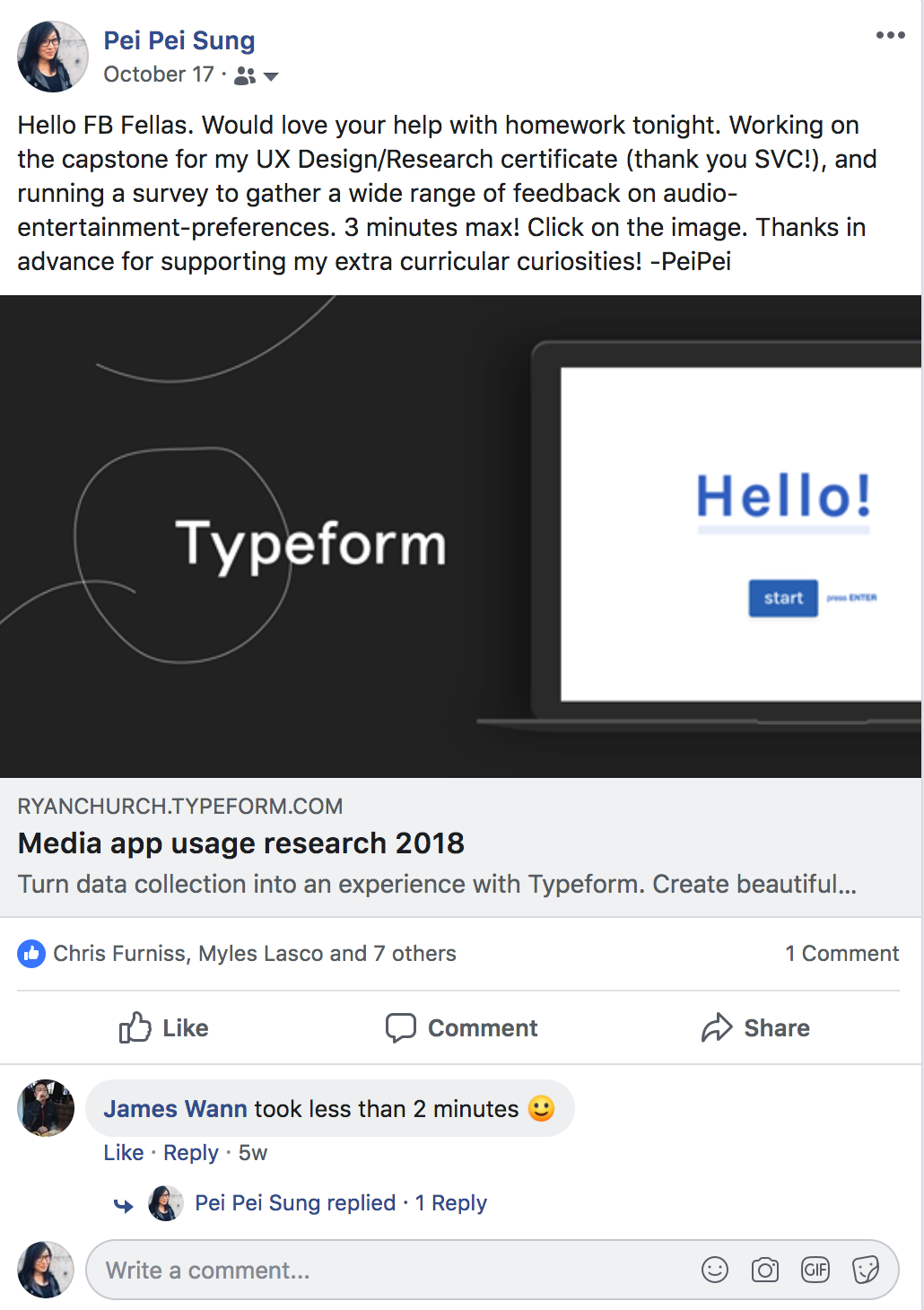 We learned that new users desired features such as:

These findings helped direct our work towards three main areas of the app—1) the browsing experience, 2) the sharing experience, and 3) the experience of listening to an audiobook in general. From here, we moved quickly into affinity mapping, sketching, and testing our ideas.

I pause one moment to share additional user perceptions of audio books because the following insights help paint a picture of how non-audiobook users regard audiobooks in general. Time constraints and current project priorities shifted these sticky problem areas to the back burner.

These user sentiments are listed in order of importance based on the number of respondents who shared similar feelings.

I learned there is a measurable amount of resistance to listening to audiobooks.

Our class was coached through an exercise from SPRINT: How to Solve Big Problems and Test New Ideas in Just Five Day by Jake Knapp. I did a fast and furious design brainstorming session (8 minutes!) to put all of my top-of-mind ideas onto paper. My teammates and I immediately rejoined afterward to share our ideas and tease out the sketches we would build into wireframes. 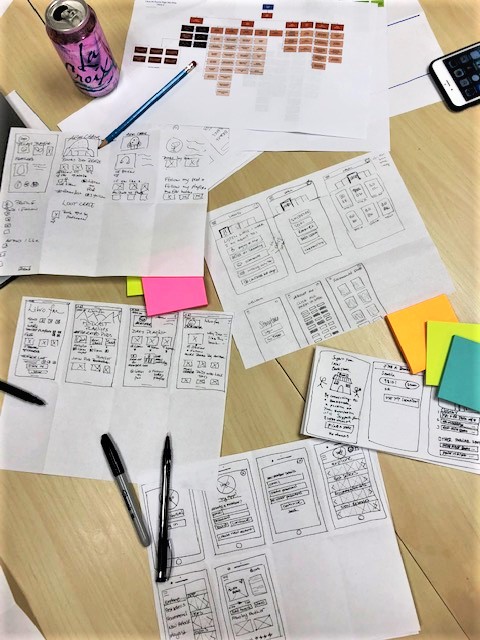 During our client check-in with Libro’s Creative Director, we walked through our current research and ideas. This check-in ultimately directed us to focus the remainder of our work on the main player screen.

From a hypothetical question, an opportunity for additional user research appeared. “If a user had 200 books, how would they organize them digitally?” I took it upon myself to find some answers. The results of my mini-interviews informed the categories we listed for organizing the digital bookshelf. I interviewed 8 individuals and learned users are interested in searching by author, fiction versus non-fiction, and genres. Half said they would search by star ratings.

We were also asked to consider what interactions might happen upon completion of an audiobook. After learning that users would sort their books by a star rating, I built a star rating system into the user interface design.

At the end of our check-in, I brought up one of my pie-in-the-sky ideas. It was to do with a cat sitting on a real book that a person is trying to read. After all, who's cat hasn't gotten in the way of a human trying to get stuff done? Cats do what they want. Creatively, I started to wonder what it would look like if a digital cat took over an audio book's main player screen? Essentially sitting on someone's book. Or maybe the sleep-timer function looks like a cat timer.

We were given the green light to pursue cat mode. Ultimately, while cat-mode was most delightful, it turned out to be the concept where our team had the least time to pursue. Instead, at our final client presentation, I described my ideas for different cat-related features as part of a larger National Cat Day promotion on Libro's social media platforms. 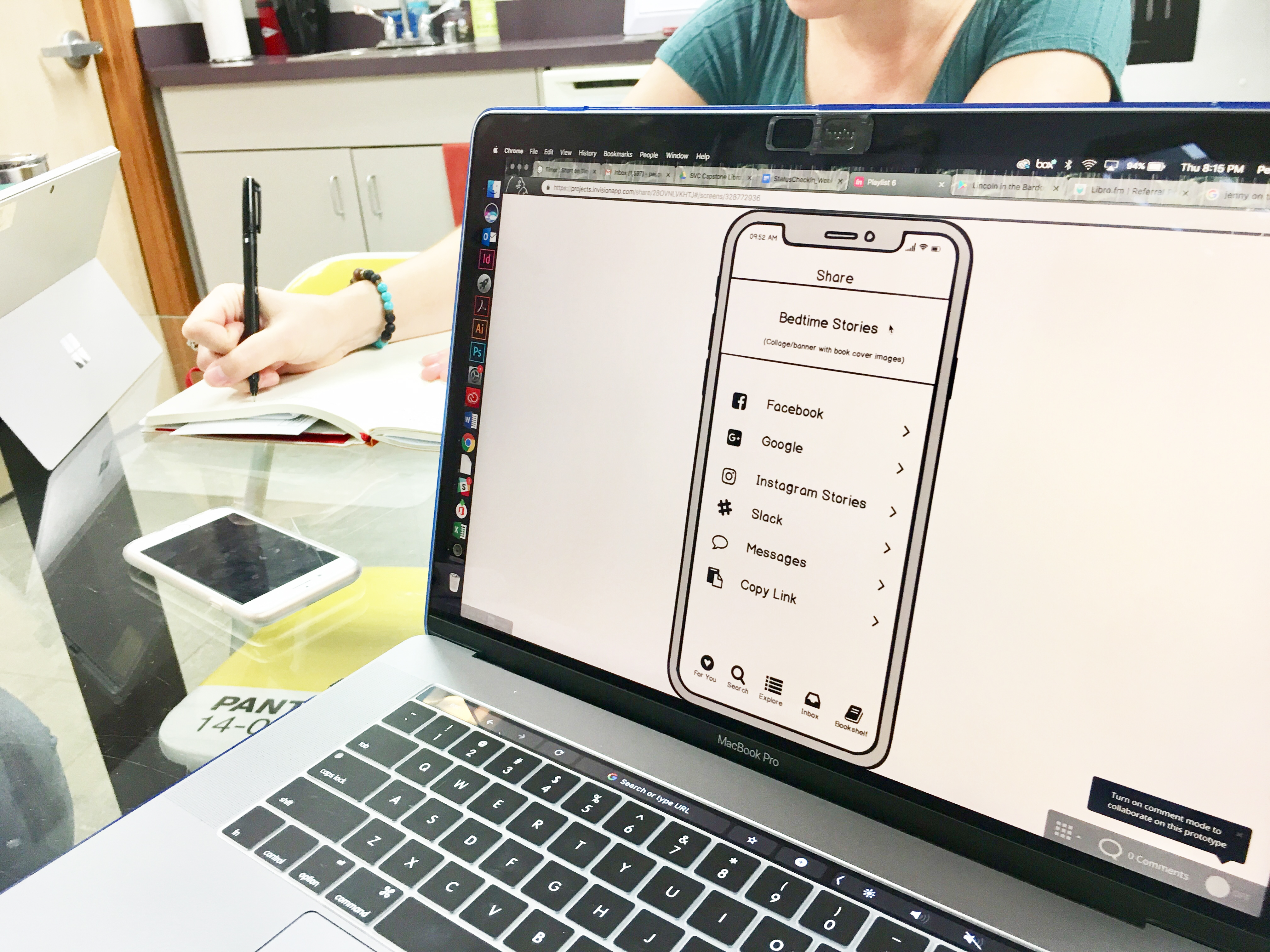 We did a mid-course client check-in presentation through video chat and screen shares. 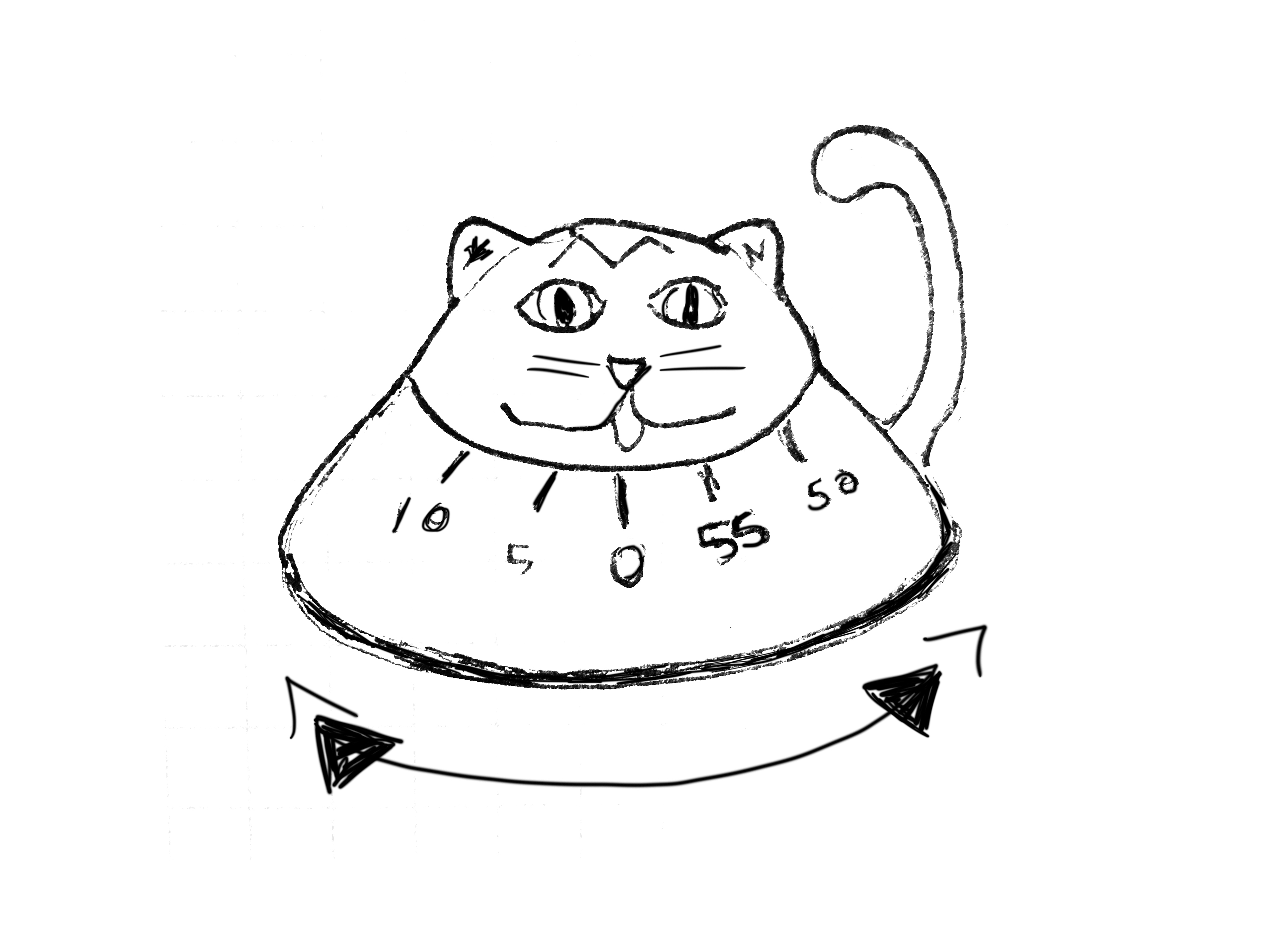 Our team continued with wireframes, testing a total of three rounds with different users. Here are a few before and after views of final wireframes that I translated into higher fidelity user interface designs.

The sleep timer, bookmark, adding to a playlist, speed, and sharing features are available by clicking the top right corner.

Here, a user can type or audio record a note. The bookmark on the smaller book cover visually indicate the annotation state.

In the future, a video walkie-talkie feature can be incorporated. Users will have the ability to share their real-time facial expressions and emotions as they respond to the stories they are enjoying.

Type or Audio Record a Note

From the small focused user study I conducted, which was prompted by the client's rhetorical inquiry of how a user might organize 200 digital books, I learned that a star rating is a way individuals might sort their digital library. Upon completion of a book, a user is prompted to star-rate and return the book to their bookshelf.

Prompt to Rate Book Upon Completion

Here are two screens that show an expansive bookshelf feature. More testing and work with developers and programmers is needed to create customized features for users to label and sort their personal digital bookshelves.

I designed an interface for our main browse screen to show product cohesion and design consistency.

Depending on if a new user is browsing as a guest (without signing up) a general list of recommendation appears. For current members, the recommendation types are curated based on the user's areas of interest, their in-app interactions with other users, and their bookseller's recommendations. Click on the image for a fuller view.

The way our production process worked, I created the main player screen user interface design in tandem with creating our team's final presentation. This all took place in a span of three weeks. I developed the theme and story structure for the presentation, designed the accompanying slides, and delivered the presentation to SVC's leadership team, my capstone cohort, and the Libro staff.

Pei Pei is a motivated and engaged designer who showed a real knack for executing and articulating a project mission to add elements of delight to the Libro.fm app. I (and the clients) greatly appreciated her comfortable and confident presentation delivery.

She has a talent for injecting a fun energy into her teams, and demonstrates the acumen that will make her a good teammate in the UX world as she enters the next phase of her career.

The scope of our capstone project was to hand off design recommendations and share pie-in-the-sky ideas to the client. If we had continued, we would have worked with engineers on implementation and developed a release plan with a production manager. We would evaluate the performance of the first release to inform version 2 updates.

Cat mode is the main area I would dive deeper into if this project continued. I would conduct rigorous user studies to test ideas on how a cat mode player screen could function and what features would be most delightful to users.

Nick, Stephanie, and the small, but mighty Libro team for the enthusiasm and opportunity to learn about audiobook readers from a user’s perspective.

To my capstone teammates, Ryan, Laura, and Melody, who made the twice-a-week meetings and late night creativity enjoyable.